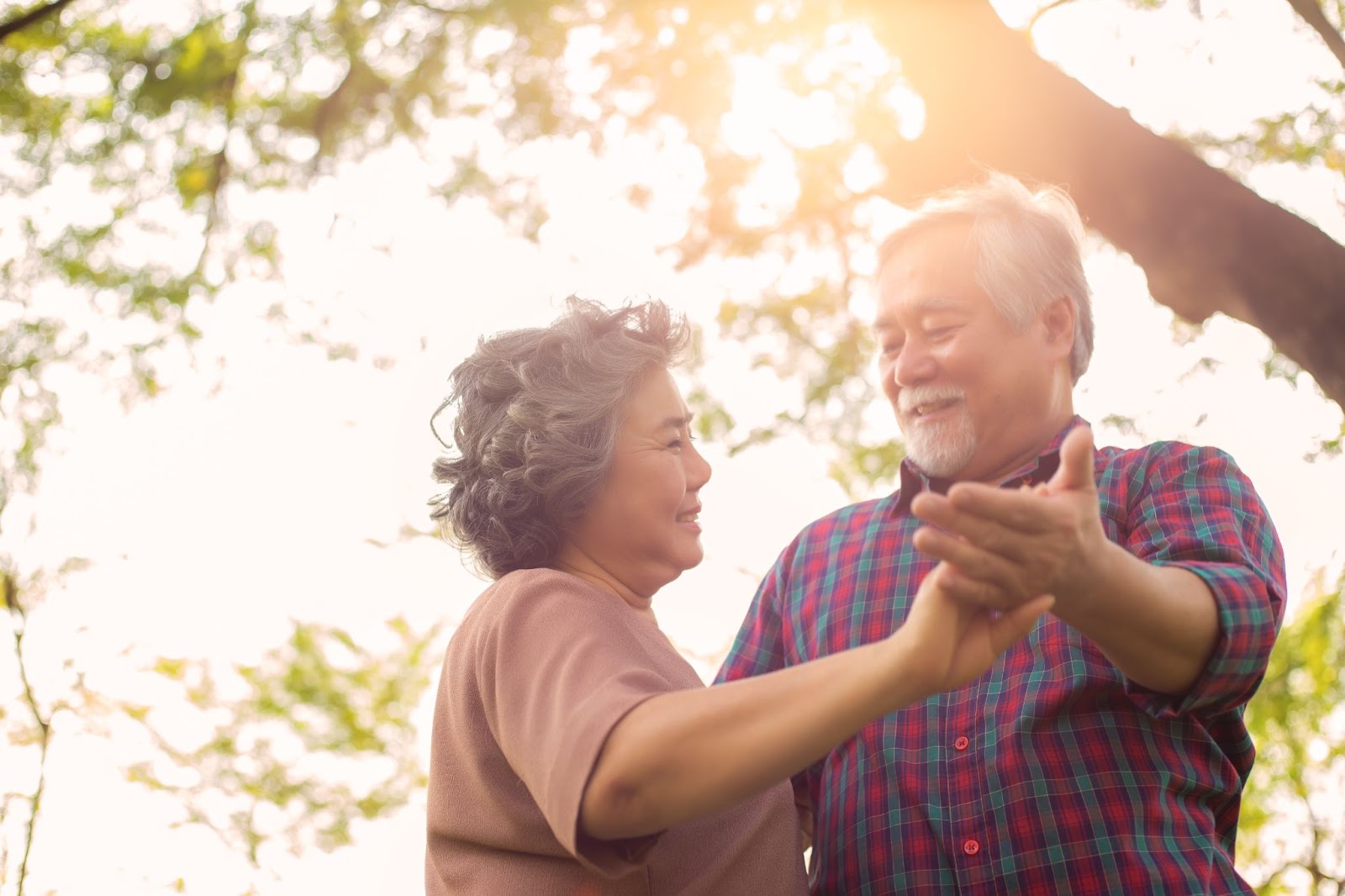 What comes to mind when you think about sex and aging? A sweet old couple holding hands in their rocking chairs or just not envisioned at all with elders? Well, what people’s perceptions are when it comes to sex and aging is often negative. For instance, it’s common for older adults to be thought of as cute and sexless, or as a dirty old man. This is largely due to a pervasive ageism in our society. Sexuality, sexual expression, and the urge for physical intimacy is actually an important part of every adult person’s life, regardless of age. It is sad that it’s so common for sex to be treated as inappropriate or otherwise discouraged in later life. But fortunately, we’re starting to see significant progress in combatting this aspect of ageism, too.

Aging in a youth-valuing society, presents many issues that potentially compromise the health and well-being of older adults. Although evidence has suggested substantial increases in the proportion of aging families in America, certain resources continue to be reserved for younger cohorts. Sex education has been incorporated into curricula through public education systems, leaving older adults absent from exposure to this knowledge. Disproportionate access to sex education resources puts older adults at risk for health compromising factors. People are living longer and entering later life with better resources and for some this means exploring their sexuality after widowhood, separation, and divorce. Broaching these conversations addresses the stigma associated with sex and intimacy in later life and begins to confront issues pertaining to ageism.

Changes in sexual desire and behavior throughout your life cycle are normal. This is especially true as you enter your later years. Some people buy into the stereotype that older people don’t have sex. But in fact, many people remain sexually active throughout their lives.

Intimacy and connection are still important later in life. The best predictor of sexual interest and activity in your later years may be the frequency of sexual activity when you’re younger. If sex is central to your lifestyle and happiness at age 30, it will probably still be important at age 60 and beyond. Over the years, your attachment to your partner may become more important than attraction and you may measure your relationship satisfaction more in terms of affection, security, and commitment than sexual fulfillment. When sexual activity decreases or ceases for older men, common causes include lack of desire, usually resulting from medications, difficulties maintaining an erection, and/or poor general health. Common causes for declining sexual activity among older women include lack of desire, usually resulting from medications, hormonal changes linked to menopause, and/or loss of a partner.

Although one’s interest in sexual activity may continue into your older years, people tend to have less intercourse as they get older. Some illnesses and disabilities may also compel one to try different positions for intercourse. This can be off-putting to some people, while others enjoy it.

As your body and feelings change with age, it’s important to communicate your thoughts, fears, and desires to your partner. People sometimes assume their partners know what they like in the bedroom, but that’s not always true.

Like many people, you may feel reluctant to give your partner sexual feedback or directions. You may feel shy, embarrassed, or worried about hurting their feelings. However try to remember, communication is key to a satisfying sex life. Be honest and open with your partner. Using humor may help take the pressure off. Long term goals resulting from this type of educational outreach include a reduction in STI/STD rates, enhanced sense of empowerment and ability to self-advocate, and increases in positive well-being.

Sexual activity is an important part of later life, frequently associated with better cardiovascular health, greater self-esteem, and higher life enjoyment levels. While sexual activity levels typically decrease with age after 65, large proportions of older adults’ desire sexual contact and engage in sexual activity if they don’t buy into the ageist view by society. Unfortunately, sexuality in later life is subject to stigma, misconceptions, and a reduced emphasis on safer sex behaviors, which all have led to unhealthy sexual practices increasing sexually transmitted infection (STI) rates among older adults.

According to the Centers for Disease Control and Prevention, STIs have more than doubled in the past ten years among U.S. adults age 65 years and older. A lack of knowledge about STIs among older people may lead to existing misconceptions and inaccuracies. Older adults have reported few opportunities to discuss their sexual health with their health care providers, which also limits their access to educational resources and interventions to reduce their STI risk. By continuing to not talk about sex education for older adults only perpetuates the stigma surrounding sexuality in later life as well as ageist mentalities.
It’s normal for your sexual desires and behaviors to change as you get older. But sex and physical intimacy remain important to many older adults. Staying sexually fit through masturbation, exploring new sexual activities, and practicing good communication may help you and your partner sexually satisfy each other. And remember, it’s important to use condoms during intercourse to help stop the spread of sexually transmitted infections. Safe sex is important, even as you get older. Therefore, having sex as you get old is a great way to add life to years